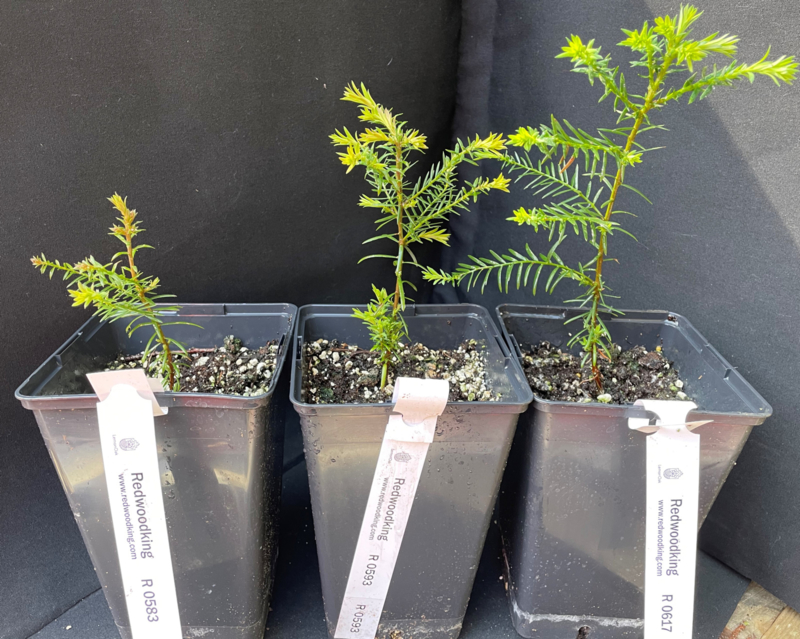 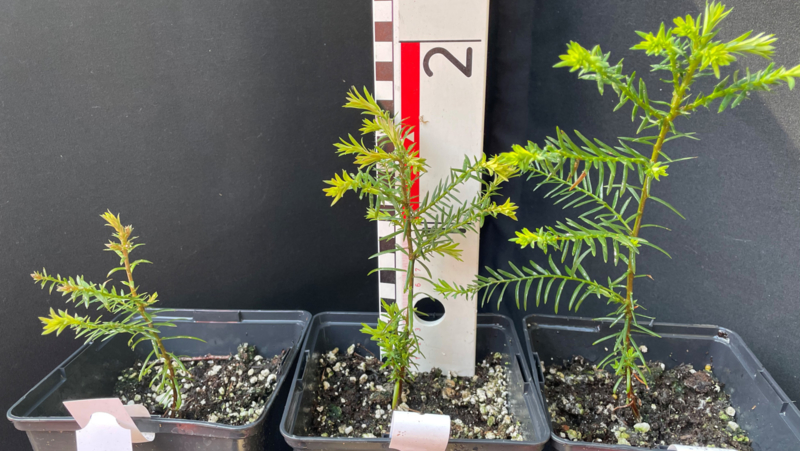 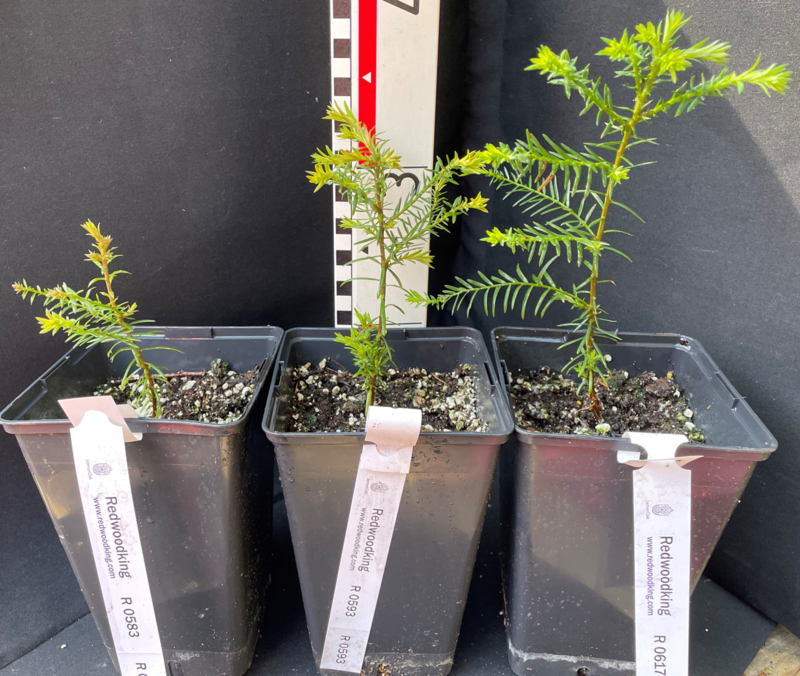 One year old Coastal Redwoods
These young Coastal Redwoods were grown from a seed in culture cells at the beginning of 2020. They were put in a 2L pot at the beginning of the autumn 2020 with the right growing medium with slowly released nutrients. These trees vary in length between 8 and 16cm. They are already sprouting again so they are just getting bigger. The bigger the bundle, the higher the discount.