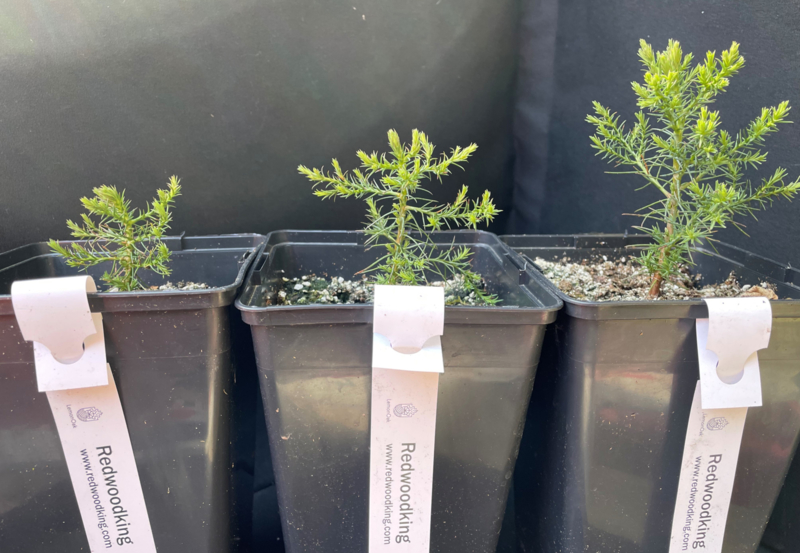 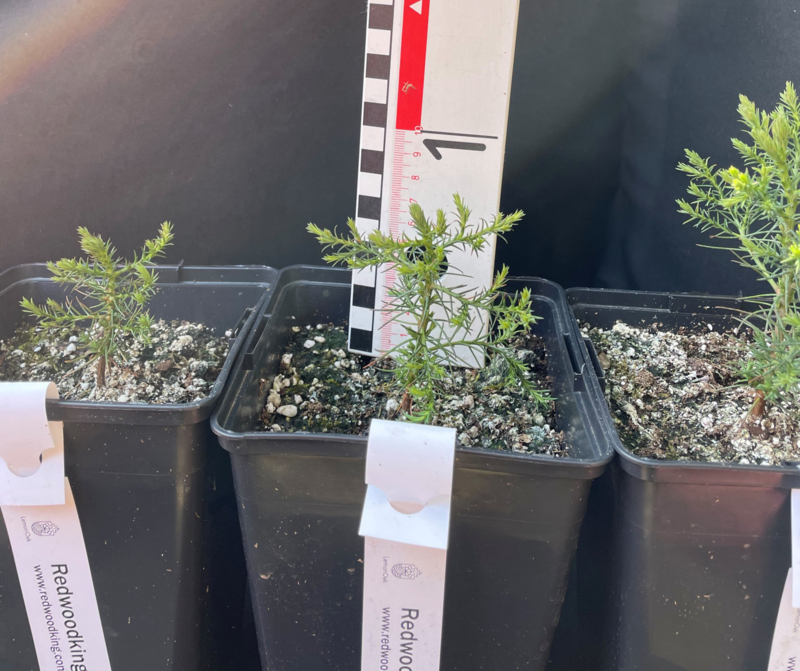 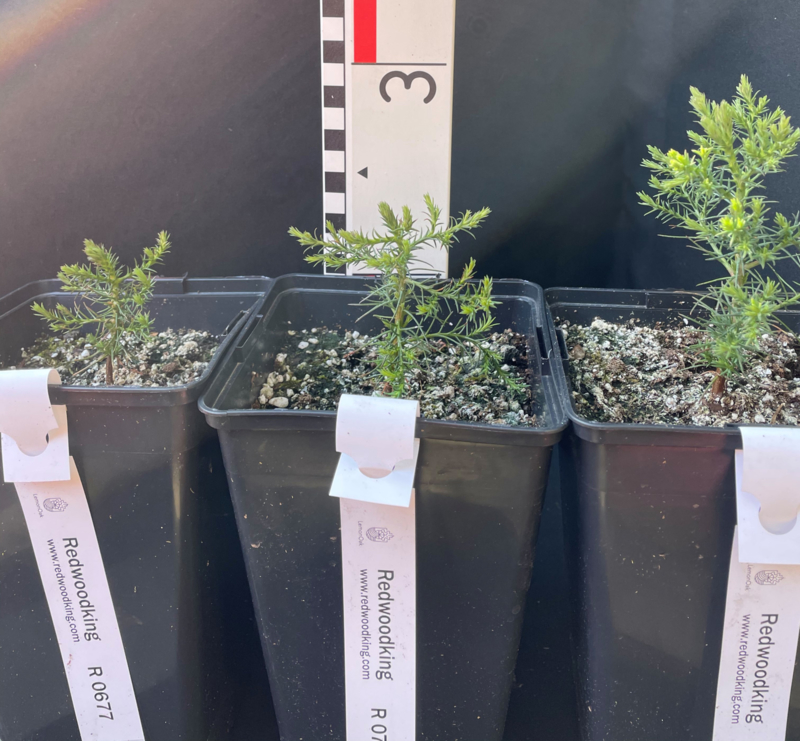 One year old Giant Sequoias
These young Giant Sequoias were grown from a seed in culture cells at the beginning of 2020. They were put in a 2L pot at the beginning of the autumn 2020 with the right growing medium with slowly released nutrients. These trees vary in length between 8 and 16cm. They are already sprouting again so they are just getting bigger. The bigger the bundle, the higher the discount.

The pot contains potting soil specially tailored to the Giant Sequoia with the correct type and dosage of slow-release fertilizers. The nutriens are released over the course of 12 tot 14 months after the potting date. The advice is to leave the seedling in this pot until the slow-release fertilizers have been released so the roots can develop nicely before taking the seedling out of its pot. So until 12 to 14 months after the potting date. Only then transfer the seedling to a larger pot or put it in the ground.

About the Giant Sequoia in general

The Giant Sequoia is on the IUCN List of Threatened Tree Species. So you also help with the survival of this species. The average growth rate is 30 to 60 centimeters per year. The rapid growth starts 5 to 6 years after the Giant Sequoia seedling has been placed in a good spot in the open ground.

Plant your own Giant Sequoia - Giant sequoia (Sequoiadendron giganteum) now
A beautiful and controversial tree that remains green all year round!